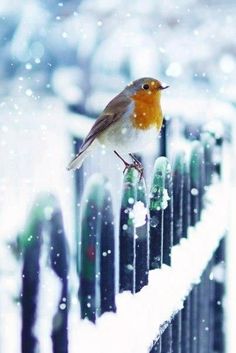 “In the winter twilight, after a fall of snow, it is difficult to find one’s way across the ploughed fields of the open plain, for it melts on the south of every furrow, leaving a white line where it has ledged on the northern side, till the furrows resemble an endless succession of waves of earth tipped with foam-flecks of snow. These are dazzling to the eyes, and there are few hedges or trees visible for guidance. Snow lingers sometimes for weeks on the northern slopes of the downs—where shallow dry dykes, used as landmarks, are filled with it: the dark mass of the hill is streaked like the black hull of a ship with its line of white paint. Field work during what the men call ‘the dark days afore Christmas’ is necessarily much restricted and they are driven to find some amusement for the long evenings—such as blowing out candles at the ale-house with muzzle-loader guns for wagers of liquor, the wind of the cap alone being sufficient for the purpose at a short distance.

The children never forget Saint Thomas’s Day, which ancient custom has consecrated to alms, and they wend their way from farmhouse to farmhouse throughout the parish; it is usual to keep to the parish, for some of the old local feeling still remains even in these cosmopolitan times. At Christmas sometimes the children sing carols, not with much success so far as melody goes, but otherwise successfully enough; for recollections of the past soften the hearts of the crustiest.

The young men for weeks previously have been practising for the mumming—a kind of rude drama requiring, it would seem, as much rehearsal beforehand as the plays at famous theatres. They dress in a fantastic manner, with masks and coloured ribbons; anything grotesque answers, for there is little attempt at dressing in character. They stroll round to each farmhouse in the parish, and enact the play in the kitchen or brewhouse; after which the whole company are refreshed with ale, and, receiving a few coins, go on to the next homestead. Mumming, however, has much deteriorated, even in the last fifteen or twenty years. On nights when the players were known to be coming, in addition to the farmer’s household and visitors at that season, the cottagers residing near used to assemble, so that there was quite an audience. Now it is a chance whether they come round or not.

A more popular pastime with the young men, and perhaps more profitable, is the formation of a brass band. They practise vigorously before Christmas, and sometimes attain considerable proficiency. At the proper season they visit the farms in the evening, and as the houses are far apart, so that only a few can be called at in the hours available after work, it takes them some time to perambulate the parish. So that for two or three weeks about the end of the old and the beginning of the new year, if one chances to be out at night, every now and then comes the unwonted note of a distant trumpet sounding over the fields. The custom has grown frequent of recent years, and these bands collect a good deal of money.

The ringers from the church come too, with their hand-bells and ring pleasant tunes—which, however, on bells are always plaintive—standing on the crisp frozen grass of the green before the window. They are well rewarded, for bells are great favourites with all country people.”

from Wild Life in a Southern County